Myths - fanciful stories, fables that are believable because they contain elements of truth.

And Paul says, please make sure that you put before the followers of Christ, that they need to have nothing to do with myths.

We may not have a problem with mythical retellings of Old Testament stories or God’s revelation of the law, but we are living in a later time in which fanciful stories and fables that contain elements of truth are being circulated heavily. And unfortunately, the Bible was right again. The people of God are devoting themselves to these fabricated lies.

In the past few years, the myths we commonly called conspiracy theories have run rampant in our culture and sadly in the church.

A recent article published by Lifeway reported that 49% of US Protestant pastors say they frequently hear members of their congregation repeating conspiracy theories.

Pastors of churches with more than 250 in attendance are most likely to agree, 61%.

On the day of the Capitol riots, I was watching it unfold on wall-to-wall news coverage like many of you. At the same time, I had my Twitter account pulled up as well as my Facebook account. While I was watching it on television I saw people I currently pastor in this church or people I pastored in former churches circulate 3 theories about what we were seeing:

All three of those ideas are rooted in people who readily propagate conspiracy theories on social media. And there we were, the brothers and sisters of Jesus, fanning those flames.

This is why the Holy Spirit moved upon Paul and inspired him to pen this to Timothy. Pastor. You need to put this before the brothers and sisters. If you do, you are a good servant. And tell them not to have anything to do with myths.

What I want to do with this message is try to persuade you to have nothing to do with conspiracy theories, our current age of political myth-making, because it is an eternal waste of truth we need to avoid. What I want you to do, is to take that energy and passion and channel it to devotion to truth in the Word of God. 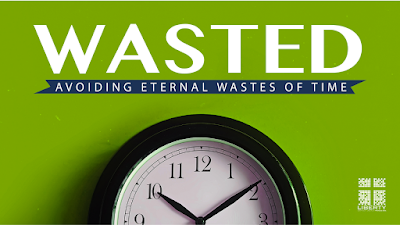