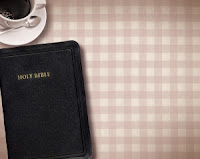 This week I am sharing three words that will help you better understand the Bible.  I believe these three words hold the story of the Bible together and that keeping them in mind will prevent us from reading the Bible in such a haphazard and random way.  The three words are son, land, and blessing.  Today I want to share with you what I mean by the word “son.”
The way the Bible reads it seems as if we only made it to early Sunday afternoon of the second week of existence before Adam and Eve royally blew it.  The bad news was that the LAND (hint, hint) would be cursed adding pain and toil to human life that would eventually end in death.  The good news is that a SON would be born to the woman who would deal such a blow to the serpent that he would be defeated and life would be redeemed.  Adam certainly interpreted God’s pronouncement this way and changed the woman’s name to Eve, celebrating the fact that from her a son would be born that would give us life (Gen. 3:14-20).
The rest of the Bible is concerned with the search for the saving son (The Old Testament).  The birth, life, death, and resurrection of the saving son (The Gospels).  The assurance that Jesus was the saving son (Acts through the Epistles).  The return of the saving son and the completion of redemption (Revelation).
It may sound overly simplistic, but allow me to give you a few examples from books of the Bible that you may otherwise ignore.  In my first post I asked you to hold this question about the son at the forefront as you read through the Bible, “Who (or sometimes where) is the promised son?”  The boring genealogies of Genesis are important because they begin to trace which family of which nation from which the son will be born.  In 2 Samuel 7 David is promised that his son will be an eternal king.  That certainly helps us narrow down the identity of the son.  1 and 2 Kings and 1 and 2 Chronicles give us countless stories of David’s failed royal sons.  Certainly none of them were the promised son.  Eventually Israel loses the LAND as they are captured and exiled to Babylon.  What will become of the promised son?  The prophets begin to resurrect hope for the exiles that indeed God has not failed in his promise and the hope of a saving son is not lost.  You and I usually see these passages on Christmas cards (ie. Isaiah 9:6-7) - but I assure you, the prophets had much more in mind than simply Merry Christmas!
When we move from the Old Testament to the New we are smacked in the face with a genealogy, Matthew 1.  This list of names may appear boring at first glance, but if you read the Old Testament you would see that these names are a roll call of hope that connect the following story contained in the gospels with the Old Testament expectation of a saving son.  Matthew, Mark, Luke, and John serve as heralds to Jews and Greeks alike that this Jesus is the saving son.  Much of Paul’s defense of Jesus in his epistles is built on the fact that Jesus is the fulfillment of Old Testament prophecy concerning the son.  You will also see this in most of the preaching passages of the Book of Acts.  In the end the saving son returns, rescues us from sin, and redeems the LAND by creating a new heavens and a new earth.
When you read the Bible always look for the saving son!
Email Post
Labels: Understanding the Bible