The Church Emerging from the Reformation (Church, Who? What? How?) 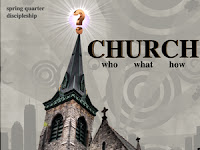 Though there have been attempts to construct a successionist lineage of Baptists back to the Apostles or even John the Baptist, these constructions are revisionist at best and often end up as simply poor historical scholarship.  Doctrinally these attempts do more harm than good as they are heretical attempts to prove that the Baptist church is the only, true church.  In the end these attempts are dishonest and unnecessary.
The historical truth is that Baptists emerged not from a single stream, but more from the convergence of several movements that stemmed from the Protestant Reformation of the 16th century.  Therefore, to properly understand Baptist history one must examine the context of the Reformation.