What to Make of Miley 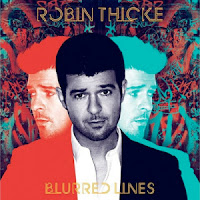 One Monday a year bombards us with highlight reels from the freak show circus that is the VMA's (aka MTV's Video Music Awards).  Yesterday was freak show Monday.

The normal topics on freaky Monday are the run of the mill, garden variety things like: Who dressed in meat? Who kissed who (and that one could go in any number of directions)?  Who cussed more?  Who was more drunk? Who dissed who? Which stoned person interrupted another stoned person's performance with some sort of social, environmental issue rant?

Other than a 43 second out of shape and overweight, backlit NSync reunion, the freaky moment of the night went to Miley Cyrus.  The girl we watched grow up on Disney's Hannah Montana has been the news since Sunday night.  All of the snippets of the performance show Miley barely clothed and barely off of pop sensation Robin Thicke.  For those of us who grew up in the '80's, basically what we have here is the guy with the mullet that brought us Achy Breaky Heart - his daughter, and the dad from Growing Pains - his son, well these two made everything Madonna has ever done on the VMA's look like the material girl was teaching a Sunday School class.

On display is more than simply the latest edition of the freak.  What we are seeing is the product of a culture that has lost its way.  I'm not saying we have lost our way because someone got nasty on TV last night.  We are way past that point.  What I'm saying is that we have lost our way in understanding exactly what it is that we are seeing.  We are so far gone we speak only of shock value and have no sense of artistic merit.  Was it idiotic or was it beautiful?  We can't tell the difference.

Excellent societies are able to judge things like "art", which the VMA's somehow claim to be, based on beauty.  Formally, this is called aesthetics.  An artist who was able to capture the human form in a sculpture, or make us stare at a landscape on canvas, or create a film that made us consider our ways - these are the things that make intelligent people talk.  What we saw at the VMA's last night was little more than what we see stray dogs in heat do on the side of the road.

Freak this is.  Art this is not.

The evidence of our cultural illiteracy and glaring hypocrisy is that everyone is talking about Miley, no one is questioning the song.  So before we question the song, what are we to make of Miley?  There is little to be made of her.  She is simply the latest well intentioned young lady to shipwreck her life in Hollywood.  She was next in the long line of girls who believe the lie that the right of passage for a child star into adulthood is to sell your soul to filth.  We have seen this countless times before, yet our culture feasts on the storyline.  We are a culture that loves to watch a soul implode and mistakingly label it art.  Had someone not lost their soul at the VMA's the morning talk shows would have moved on and dismissed it as boring.  I think Trevin Wax's post explains well what we are to make of Miley.  Weep for her.  Read:  I Weep for Mily by Trevin Wax here.

What intelligent people would make of Miley is to realize that this is where pop culture would lead all of our daughters.  Again, have you heard the song?  The song Miley lost her VMA innocence to was Robin Thick's Blurred Lines.  I have heard the censored radio cut of this song about 100 times in the gym where I work out.  If you have been within listening distance of a radio the last three months, it has been hard not to hear it.

NBC's Today Show celebrated Blurred Lines about three weeks ago as the soundtrack of the summer of 2013.  They loved it.  Every anchor I saw that morning danced to it, talked about how the song is stuck in their head, they laughed about its lewd lyrics like Jr. High boys in health class.  They had Robin Thicke come on and sing it to thousands in the street, and the streets full of women.  When they did question the song they did so only in terms of its critics.  Thicke played Matt Lauer and Savannah Guthrie by actually calling the song "a feminist movement."  Lauer and Guthrie giggled and moved on to other songs as if they too thought any questioning of the lyrics to be ignorant silliness.  As much as they portray themselves to be, these are not our culture's intellectuals.  In their time with Thicke, Lauer and Guthrie became yet another example of our open minded cultural illiteracy.  They were as shameful and mindless as Miley.  The difference is, they didn't dance.

So Miley danced and one writer for Today's entertainment brand called it, "embarrassingly raunchy."  What did you expect Miley to do with a guy who says to all of our daughters, "You're a good girl . . .the way you grab me . . . must wanna get nasty . . . you're an animal, baby it's in your nature. . . let me liberate you."

Did we expect Miley to bake a cake?  She did exactly what Robin asked her to do.  The song itself is embarrassingly raunchy, yet the illiterates missed it long before Miley danced.

Today Show, you had no issues exposing Miley, BUT WHAT ABOUT THE SONG - CAN YOU HEAR IT, DO YOU UNDERSTAND IT - Oh yeah, you are intelligent people with open minds, I forgot.

The Chicago Tribune headline reads, as most on Monday did, "Miley Cyrus Gives Racy Performance at the VMA's"  We get it about Miley, but again, what about the song?  The song is trash, yet as illiterates we can't comprehend the impact of its message on who we are.  We can't tell the difference between art and filth.  We can't tell the difference between beauty and the beasts.  Blurred Lines is not art.  It is the chant of a sexual predator; yet we danced all summer.

Miley made a choice, but she got used and abused.  A much older man wanted to "liberate" her.  Illiterates dance to what they think is liberation not realizing that our daughters are not gaining freedom, but they are being exploited, exposed, abused, seduced.  Our boys are being taught that by seducing girls and having sex with them, that they are doing them a favor.  Literate, intelligent people can quickly discern the message - liberation, this is not.  What's the difference between a cultural illiterate and someone with intelligence?  Intelligent people question the song and reject its message long before they see the image.  If we were an intelligent culture we would have recognized the complete lack of value in the song and tossed it in the trash long before one of our daughters hit the VMA stage and danced.

. . . and all we can say is, "what happened to Miley" while we pump the money into our children's iTunes accounts without even a question of how many other freaks are asking them to dance?