When You Fast Get Specific 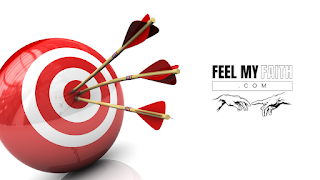 I have fasted before. On several occasions, I fasted for a short period of 24 or 36 hours. All I got was hungry. One time I fasted meat for 30 days. I gained 10 pounds. Last year I practiced intermittent fasting for six months. I lost 10 pounds. I've fasted things like computers or social media. I got bored.

Despite the effort, I can't point to any answered prayers coming from those fasts. So, collectively, I count it a fasting fail.

Jesus warns us in Matthew 6 that if you use fasting to draw attention to yourself, you'll have no reward from God (Matthew 6:1, 16-18). That wasn't my problem. I didn't advertise it. I didn't even take the opportunity to crack a few "hangry" jokes. Besides my belly growling during staff meeting, I flew under the radar.

But I got no reward.

So I began to study fasting. My study revealed several issues that hindered me from finding the Father's reward for fasting. I will touch on these in future posts, but my study revealed a glaring one. I wasn't fasting for a specific reason.

Because the Bible often couples fasting with prayer, fasting is most effective when we fast and pray specifically for something.

As I surveyed the Bible for examples of fasting, I found that God's people fasted for specific reasons.

When you fast, get specific. Why are you fasting? What are you seeking from God? What problems need to be addressed? What have you been praying about that hasn't been answered? What difference would it make if God did what you are asking Him to do? Would it glorify you or glorify Him?

Get specific when you fast.

In my recent effective experiences with fasting, I started my fast by writing down specific reasons. Then, I pulled that list out often and made it a matter of prayer. I also found that the Spirit sometimes modifies what I'm asking for during the fast, so don't be afraid to adjust your request.

If you aim at nothing, you'll hit it every time. That's especially true in prayer and fasting.