Skip to main content
Labels
Posted by Brian Branam May 13, 2015 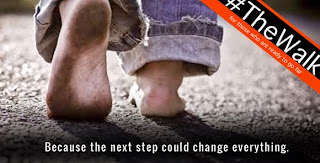 God is the prime mover, but He is not a fast mover.  As prime mover, God set all things in motion.  As a general mover, God is frustratingly slow.  Two stories serve to demonstrate.
The pace of Luke 8 seems fast and furious.  Jesus is healing.  He is teaching.  His family is looking for Him.  He is caught in a turbulent storm that He calms while crossing the sea.  He casts demons out of a maniac man who lives in a graveyard.  There is a lot happening.  The more He does, the more attention He draws and the crowd grows.
When it seems like the stories have reached fever pitch, Jairus, a ruler of the synagogue falls at Jesus‘ feet and asks Jesus to accompany him to his house.  His twelve-year-old daughter is sick and dying.  Jairus is desperate for Jesus to heal her.  Jairus thinks he needs Jesus to move fast.  Jesus is more interested in helping Jairus go far.
As much as Jesus has going on, He complies and begins the walk toward Jairus‘ home.  The next part of the verse sets the scene, “As Jesus went, the people pressed around him” (Luke 8:42).  Imagine a throng of people, each of whom has needs, vying for Jesus‘ attention as He walks.  The scene is loud and chaotic.
All of the sudden, Jesus stops.  Unknown to the crowd, a woman with a blood issue has touched the hem of Jesus‘ garment and is healed.  She has dealt with this problem for twelve years and had spent all of her money on physicians who all failed to help her.  Like Jairus, she is also desperate.
Her problem probably caused her to have a constant menstrual flow.  An issue of blood in Jewish culture was not merely a physical problem, but a spiritually crippling one.  Because of the flow of blood, she was constantly unclean and would not have been allowed to enter into the Temple for worship.
Jesus stops.  Though the crowd has no idea of what happened, Jesus knows.  With all that is going on, Jesus is able somehow to focus on one thing.  The Master is not a multi-tasker.
In the midst of a throng of people that is described by Luke as a “press”, Jesus addresses the crowd and asks a question:  “Who was it that touched me?”
The Bible says that everyone in the crowd denied it, yet Jesus must have persisted to know.  Peter, wanting to bring some logic to the situation, tells Jesus that it is impossible to know who touched Him.  It is a press of people.  A press is a group so large you have to keep moving, but you are stopping.  Who touched You?  Everyone is touching You!
Yet someone touched Jesus in a way that power came out of Him and He knew it.  Eventually, the woman reveals herself, and Jesus simply says to her, “Daughter, your faith has made you well; go in peace.” - Luke 8:48 (ESV)
Luke records nothing of Jairus’ reaction in this moment.  As the father of two daughters, I cannot ignore the man.  Luke says little of him in the scene at this point, but I can see him.  Time is running out.  In his mind the solution is in hand, but far from where it really needs to be.  We must keep moving.
For a man who needs Jesus to move fast, walking would be difficult enough; stopping and taking the time to poll the crowd for a mystery toucher would have been excruciating.  In Jairus’ mind his total focus must have been on the fact that it appeared by stopping for the woman, Jesus was going nowhere.
It is inexplicable, but there are times in walking with God, that when it seems we need Him to move the most, He stops.
The progression to the next part of the scene is heartbreaking.  The Bible says while Jesus was still speaking, as if He is putting the final touches on His statements about the triumph of the woman’s faith, Jairus receives the most devastating news.  A nameless woman in the crowd may have been healed, but “Jairus, your daughter is dead.”  The bearer of the bad news follows up his statement: “do not trouble the Teacher anymore.”
Too late.
Too slow.

For the nameless woman, the stop was the beginning of new life.  For Jairus, the stop appeared to be the end of life.  Don’t trouble the Teacher anymore.  He’s too busy dealing with other things.