Skip to main content
Labels
Posted by Brian Branam May 04, 2015

Best and Worst from Exponential East 2015 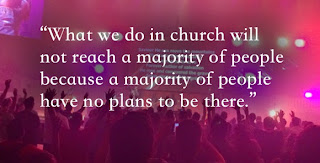 Last week I spent four days at Exponential East hosted by Idlewild Baptist Church in Lutz, FL.  Exponential is a movement of reproducing churches envisioned by Dave Ferguson, lead pastor of Community in Chicago.  This was my first time participating in the conference and I plan to return in 2016.  I left the place with a notebook full of takeaways.  Here is my list of the BEST and WORST from Exponential East 2015.
Email Post
Labels: Church Ideas