Being A Saint on Patrick's Day 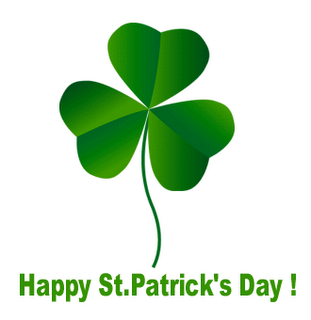 Yes, I wore a green shirt today.  I also ordered a side of green at lunch (which is not unusual for me).  I have a wife named Shannon and a daughter named Kiley; that's pretty Irish.  I think I have done my part to make March 17 interesting.  That's about the limit to my "going green."

Other than the name St. Patrick I think most of the traditions and stories associated with the day are the stuff of legend.  Very few historians actually agree on much about St. Patrick other than the fact that he is the patron saint of Ireland, that he was actually British, and that there are no snakes on the island (which is a compelling reason for me to consider moving there).  As far as shamrocks, the meaning of green, leprechauns, and luck of it all, no one has the beat on how it all ties together.  Yet I do think that for Christians there are some things we can take from the day to move us forward in our faith.

Whatever you do on this St. Patrick's day, if you are a child of Christ we should live morally, soberly, and saintly.  Stay out of the weeds and get in the Word!
Email Post
Labels: The Un-Subject