The Beatitudes of Abercrombie 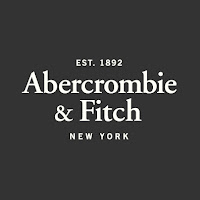 In a Jan, 2006 article published by Salon entitled The Man Behind Abercrombie and Fitch, Benoit Denizet-Lewis commenting on statements made in an interview with A and F CEO Mike Jeffries writes,

“As far as Jeffries is concerned, America’s unattractive, overweight or otherwise undesirable teens can shop elsewhere.  ‘In every school there are the cool and popular kids, and then there are the not so cool kids,’ he says.  ‘Candidly, we go after the cool kids.  We go after the all American kid with a great attitude and lots of friends.  A lot of people don’t belong in our clothes, and they can’t belong.  Are we exclusionary?  Absolutely.’”

Why there has been so much recent backlash over comments made over 7 years ago, I have no idea.  Maybe there are not many people who read Salon.  Maybe it took 7 years for a nerd to actually read Salon and get mad about it.  Maybe there have been bigger things going on in the world for anybody to care deeply about the comments of a man who has made millions of dollars on retro T-shirts and Khaki shorts that look like they have been wadded up in the bottom of some yuppies drawer since ’87. Whatever the reason for the hubbub, I don’t know.  But I do know a lot of people have been talking about this recently, so why not add to the conversation?

On a purely political level, I can’t say that I can beat the same drum as it seems a lot of people are trying to beat on this issue.  I just can’t bring myself to legislate that Jeffries start making worn out shirts for fat boys.  If the guy wants to market to those he deems “the cool kids”, go for it.  That’s the free market.  At the same time, if a guy is so pompous that he makes such abrasive statements about his brand, the free market will take care of this as well.  It seems to be that the market backlash will leave him with a drawer full of yuppie T’s and snowboarder shorts. The latest reports are that the A and F brand is suffering a double digit loss in sales.  Revenge of the nerds might help sales at Gap and Old Navy.

The Surprising People of the Jesus Brand

As abrasive as Jeffries comments may be to most, it is hard to deny his honesty.  Ironically, I think if we were being honest, a lot of people who are ticked off at Jeffries are so because they want to be Abercrombie and date Fitch.  Jeffries is the epitome of the American image that dictates success and failure for all of us.


When Jesus issues an invitation for people to enter His Kingdom, his message was clear, A and F attitude, American dream, revenge of the nerds on Jeffries - OUT.  Jesus’ criteria has nothing to do with abs, dress, chest, killer attitude, or even revenge.  The gospel is not for the popular, the offended, or the outraged.  The gospel is for the broken.  The Jesus’ brand looks much different than the American image (Matthew 5:2-12).

What makes Jeffries’ statements so offensive to his critics is that he doesn’t want them in his stores.  He doesn’t want them wearing his clothes.  Jeffries is intolerant, unwelcoming, and unashamed of it.  The new America hates exclusivity.  That’s why we want women to play Augusta and girls in the Boy Scouts.  I saw a story on the ATL news the other morning that a girl in the area had been kicked off the football team.  Why?  Because they don’t want girls playing football.  The local professional women’s football team came out to support the distraught girl’s cause.  But I wonder, if guys started trying out for the ladies pro-league, would they let them in?  Truth is we hypocritically hate exclusive.

While Jesus’ attitude is the antithesis of Jeffries, His brand is no less exclusive.  Abercrombie is not for everyone, neither is The Kingdom of Heaven.  When someone comes out and says, “This is what we’re looking for” everyone who fails to meet the criteria criticize it wanting the standards to relax and become more tolerant.  We want the whole thing to level down.  The gospel is clear, Jesus isn’t budging (Matthew 5:20).  The invitation is for all, but you must meet His criteria.  Broken hearted.  Repentant.  Submissive to Him as Lord.

The difference in Jesus and Jeffries is the endgame.  At one time my belly allowed me to be an American Eagle man.  At some point in my twenties I began to wonder why AE had changed the look and feel of their clothes.  I hated it.  But it didn’t take long to realize, they were staying fashion relevant, I was soon turning 30 and would be forever fashion-stuck in 1991.

The same thing will happen to all of the tight-ab cool kids you see (and smell) at A and F.  They will turn 30 something and they will be introduced to the belly.  Some other hip, smelly brand will enter the picture offering throw-back clothes reminiscent of the millennial hipster.  For the next 25 years we will laugh at skinny jeans.  25 years from now our grandkids will be asking for them for Christmas.  Such is fashion.  It is chasing the wind; an empty, meaningless, but hilarious pursuit.

The Christ brand offers more.  The broken, mournful, righteous, peacemaking, persecuted ones will inherit the earth.   They will enter the Kingdom and enjoy the day when the story of redemption is culminated in Christ.  Heaven and Earth will collide and King Jesus will rule righteously for eternity (Revelation 21 and 22).  What is at stake for A and F?  They will suffer revenge of the nerds, but little else.  What is at stake for the Jesus brand?  Everything.  This is where most of us will miss it.  We get stirred up about A and F because we put everything into nothing; and in the end - we lose everything (Matt. 16:26).