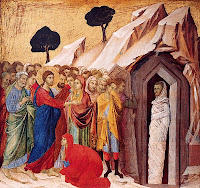 D said…
Great testimony to the never changing power of our God. It is not God that changes , it is His people. Far too many have lowered their expectations and are not expecting miracles. If Susan and I were in Dalton, we would be 8:45 people!!
June 11, 2013 at 11:05 AM