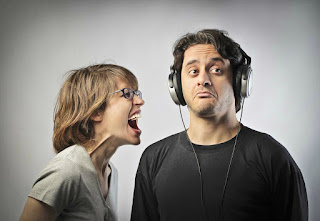 This week I will be sharing some excerpts from my new book, Pulse. These excerpts are taken from chapter 2, Courage in which David is making his way to fighting Goliath. Before Goliath draws a sword, David is assaulted with words. Personally, I know no one who has ever been attacked by a sword, but all of us are well acquainted with the cutting sting of words. How do we overcome those inevitable, critical voices? In the next few posts I want to share with you how to overcome three critical voices that will try to crush your vision, Insinuation, Humiliation, and Intimidation. Let's learn from David.

Critic #1: Eliab, the Voice of Insinuation

David had decided to fight Goliath, but before he did that, he had to fight discouragement from Eliab, his eldest brother. When you decide to step out, don’t be surprised if some of the people closest to you step forward to stop you. It’s often the words of those you know best that cut deepest.

Upon hearing of David’s ambition, Eliab began to interrogate his motives and make serious insinuations about them:

1 Samuel 17:28 Now Eliab his eldest brother heard when he spoke to the men. And Eliab’s anger was kindled against David, and he said, “Why have you come down? And with whom have you left those few sheep in the wilderness? I know your presumption and the evil of your heart, for you have come down to see the battle.”
When critics make insinuations about us, doubt is sewn into our minds and discouragement into our hearts. Few things are as painful as trying to do the right thing and having someone insinuate that your motive is evil.

When your critics make insinuations about you, it frequently becomes a battle about your motives. Eliab was arguing that David’s real reasons for being on the battlefield and challenging Goliath were evil.

However, David didn’t lash out at Eliab or even try to defend himself. Instead, he responded, “What have I done now? It was only a word” (1 Samuel 17:29). Then David turned away and began to speak to some of the other people there (v.30). Rather than arguing his case or hanging around for more insinuations, David simply put Eliab’s statement into perspective and moved on.

The ear captures sound, but the heart is the amplification chamber. The voices of your critics grow louder each time they echo in your heart. It’s so tempting to allow their words to become the central issue in our thinking.

David didn’t fall for that temptation. He kept it all in perspective. He was focused on the main issue, and he wanted to keep it front and center. The issue wasn’t whether David had placed the sheep under someone’s watch, or whether he had obeyed his father, or how he ended up on the battlefield that day. He wasn’t going to waste time debating those relatively minor matters with Eliab. David knew the sheep were cared for and that he had come to the battlefield in obedience to his father. He didn’t need to shift his focus in order to defend himself. There was a much bigger issue on David’s mind, and he would not be distracted from it. There was a pagan giant who dared to defy the God of Israel. That was the main issue and focus. David kept this in perspective and turned away from his critic without a debate.

Insinuation is a big word, but when you put it into perspective, it’s not a big deal. It doesn’t matter what people think about you. What has God called you to do? That’s what matters.

In fact, when people make insinuations, they are typically expressing their own insecurities. Eliab lashed out at David and called him evil because David’s courage exposed Eliab’s cowardice. Eliab’s insinuations say much more about the frightened condition of his own heart than anything about David. He was just like every other soldier that day—afraid to fight—and people who are paralyzed by their own insecurities often attempt to substantiate their fear by getting others to join them in it.

The best way to deal with critics who make insinuations about you is not to debate, but to move on. There are much bigger issues that require your focus.
_____________

Be sure to check out tomorrow's post, voice #2, Humiliation. For more information about Pulse or how to get your copy, click here.

How do you deal with critical voices in your life?
Email Post
Labels: Pulse Book