Men are Giving Up 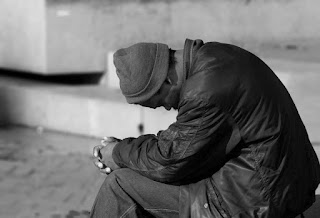 According to Forbes, 10 million men between ages 25 and 64 have dropped out of the American work force. They have quit their jobs and are no longer looking. Men are giving up on work.

There may be numerous contributing factors to the loss of so many men; stress, fear, failure. Whatever the reason, every man has his low points. What if those low points could become turning points?

In my recently released book, Pulse, I point men to one of David's low points. After an amazing start, David suffered a string of losses. In the eight years after David defeated Goliath, David went from being the most beloved man in Israel to being just another one of its rejects. He lost his marriage. He lost one of his best friends. He lost his mentor. He made a decision that resulted in the brutal slaying of 85 priests. David went from being destined to the throne to being a broken man, depressed in a cave.


If you would like to know more, check out my new book Pulse; particularly chapter 5, Valor. Pulse is available in my online bookstore or on Amazon.
Email Post
Labels: Men Avoiding An AWOL Life men's ministry Pulse Book