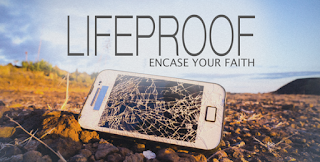 Let the lowly brother boast in his exaltation, and the rich in his humiliation, because like a flower of the grass he will pass away. For the sun rises with its scorching heat and withers the grass; its flower falls, and its beauty perishes. So also will the rich man fade away in the midst of his pursuits.  (James 1:9-11 ESV)
To help us see the opportunity of adversity we must not only recalculate our expectation (namely for how God answers prayer), but we must also recalculate our situation.
A lot of times we gauge God’s opinion of us based on the stuff we have in our lives.
I am healthy.  I am blessed.
I am sick.  I am cursed.
I was promoted at work.  God loves me.
I lost my job.  God hates me.
A situational faith is fickle.
James chooses wealth to expose our miscalculation of the situation.  The wealthy person believes that he or she must be doing something right because they have so much.  A false pride and sense of security develops.
The poor person believes that he or she must be doing something wrong because they have so little.  A false humility and a misguided spirituality develops.
You can’t gauge God’s love based on your stuff.  According to James 1:9-11, we need to realize that situations quickly change.
James teaches that the lowly brother doesn’t need to focus on his lack, but on the lift.
He says that the rich brother doesn’t need to focus on his provision, but on his pursuit.
What does this mean?  Whether we are healthy or sick.  Whether we are rich or poor.  Whether we are in good times or in hard times - it is all a trial of faith.
There are lots of people with lots of money and God is displeased in the way they are handling it, why, because they are pursuing the wrong thing.  One day, life will drop, they may lose it all and in the meantime they lose their faith.  Why, because their faith was equal to their wealth - which is never enough.
A faith that is based on the blessings of wealth is far from life proof.  When the account dries up, that form of faith will also go bankrupt.
On the flip-side, there are lots of people with little money and God is equally as displeased in the way they are handling it.  Why?  God is displeased because we are so prone to believe in our moment of lack that our greatest need is money.  They think that it is money that will lift them up, but it isn’t.  It is God.  Until your pursuit becomes more about God than money, you will never have a LIFE PROOF faith.


A life proof faith remains steadfast in abundance as well as in lack.  The Word of God determines the truth about faith, not your situation.  Our health and bank accounts are volatile and vulnerable.  God never changes.  Our situations should not make determinations about our faith, instead a life proof faith make a determination in any situation to trust the Lord.