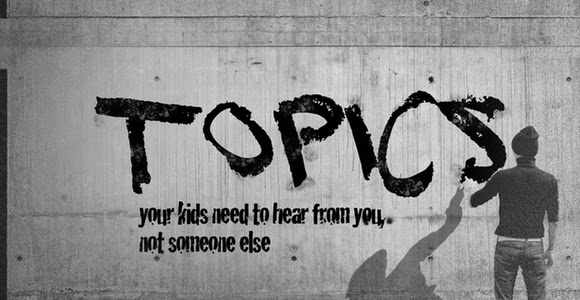 1 I appeal to you therefore, brothers, by the mercies of God, to present your bodies as a living sacrifice, holy and acceptable to God, which is your spiritual worship. 2 Do not be conformed to this world, but be transformed by the renewal of your mind, that by testing you may discern what is the will of God, what is good and acceptable and perfect.

Keep your heart with all vigilance, for from it flow the springs of life.

18 But what comes out of the mouth proceeds from the heart, and this defiles a person. 19 For out of the heart come evil thoughts, murder, adultery, sexual immorality, theft, false witness, slander. 20 These are what defile a person. But to eat with unwashed hands does not defile anyone.”

So, whether you eat or drink, or whatever you do, do all to the glory of God.

Doing wrong is like a joke to a fool, but wisdom is pleasure to a man of understanding.

See to it that no one takes you captive by philosophy and empty deceit, according to human tradition, according to the elemental spirits of the world, and not according to Christ.

I will not set before my eyes anything that is worthless. I hate the work of those who fall away; it shall not cling to me.

Use Discernment:  (by Kris Roberts, http://www.sermoncentral.com/sermons/mind-over-media-kris-roberts-sermon-on-entertainment-67516.asp)

M – Message – What is the message and how is it coming across?
E – Effect – What effect does this have on me?
D – Damage – Will I suffer damage from this? (ex. unhealthy fantasies)
I – Instead – What could I be doing instead? (ex. productive, constructive)
A – Ask God – Does this glorify God, -

Our discernment usually begins with one question - will I enjoy it or do my kids like it?  Personal happiness, displeasure, or personal taste is not the standard.  We should be more concerned that our media choices reflect obedience to God - John 14:15.

9 Facts About Social Media You Should Know - Joe Carter (http://thegospelcoalition.org/article/9-things-you-should-know-about-social-media/)

2. One out of every seven minutes spent online is on Facebook. Each day Facebook users spend 10.5 billion minutes (almost 20,000 years) on the social network (excluding mobile devices).

4. There are 58 million tweets per day; 9,100 happen every second. 222 million Twitters don't tweet but watch other people tweet.

8. We interact with our mobile devices 40 to 80 times a day. 91% of mobile Internet access is for social activities. 73% of smartphone owners access social networks through apps at least once per day. 50% of smart phones connect to Facebook every hour of every day.

7 dangerous Apps that parents need to know about, A look into the some of the scariest Apps for your kids
by Kristin Peaks  (http://www.checkupnewsroom.com/7-dangerous-apps-that-parents-need-to-know-about/)

I work in public relations at Cook Children's. It's my job to be on social networking sites, peruse the internet and keep up with the latest Apps offered on smartphones. It's a great job and I love what I do, but over the last couple years, I have learned so much about the dangers of Smart Phone Apps. It's downright scary.
Technology, especially if you're a little behind the times, can be very deceptive. Your kids may be downloading Apps that you think are innocent and just a simple way for them to keep in contact with their buddies, but unfortunately, this isn't always the case.
To keep your children safe, it's best that you monitor their phone. Look through their apps, texts and pictures. They may feel that you're invading their privacy, but let's be honest... You're paying the phone bill, so you can do whatever you want! So, as you monitor your kid's phone, keep an eye out for these 7 apps you may not be aware of, that in my opinion are very dangerous:
• Yik Yak - This App is one of the newest and one of the most dangerous. It allows users to post text-only Yaks of up to 200 characters. The messages can be viewed by the 500 Yakkers who are closest to the person who wrote the Yak, as determined by GPS tracking. Users are exposed to - and contributing -sexually explicit content, abusive language and personal attacks so severe that schools are starting to block the App on their Wi-Fi. Although the posts are anonymous, kids start revealing personal information as they get more comfortable with other users.

• SnapChat - This App allows users to send photos that will disappear after 10 seconds. Once the recipient opens the picture, the timer starts. Then it's gone. From both the sender's phone and the recipient's phone. However, the recipient can take a screen shot of the photo and have it to share with others. This App enables kids to feel more comfortable "sexting" with peers.
•
• KiK Messenger - This is a private messenger app and is coveted by those under 18 for a number of reasons. The App allows kids to send private messages that their parents can't see. There is very little you can do to verify the identity of someone on Kik, which obviously poses the risk of sexual predators chatting with your child. And again, this is an easy tool for sexting.
• Poof -The Poof App allows users to make Apps disappear on their phone with one touch. Kids can hide every app they don't want you to see on their phone. All they have to do is open the App and select the ones they don't want you to see. Very scary! The good news about this App is it is no longer available, which isn't uncommon for these types of Apps. But, if it was downloaded before it was deleted from the App store, your child may still have it. Keep in mind that Apps like this are created and then terminated pretty quickly by Android and Apple stores, but there are similar ones being created constantly. Some other names include: Hidden Apps, App Lock and Hide It Pro.
• Omegle - This App has been around since 2008, with video chat added in 2009.  When you use Omegle you do not identify yourself through the service - chat participants are only identified as "You" and "Stranger". You don't have to register for the App. However, you can connect Omegle to your Facebook account to find chat partners with similar interests.  When choosing this feature, an Omegle Facebook App will receive your Facebook "likes" and try to match you with a stranger with similar likes. This is not okay for children. There is a high risk of sexual predators and you don't want your kids giving out their personal information, much less even talking to strangers.
• Whisper - This is a meeting App that encourages users to post secrets. You post anonymously, but it displays the area you are posting from. You can search for users posting within a mile from you. A quick look at the App and you can see that online relationships are forming constantly on this App, but you never know the person behind the computer or phone. One man in Washington was convicted of raping a 12-year-old girl he met on this App just last year.
• Down - This application, which used to be called "Bang with Friends," is connected to Facebook. Users can categorize their Facebook friends in one of two ways: they can indicate whether or not a friend is someone they'd like to hang with or someone they are "down" to hook up with. The slogan for the App: "The anonymous, simple, fun way to find friends who are down for the night." If that alone doesn't scare you, I don't know what will!

This list is important, but understand it will not stay current.  The app marketplaces change every day.  Some apps that are censored by parents, are simply redistributed with different names.  It can be overwhelming to keep up with your kids and their online habits. But just remember to check their phones often, and even more importantly have real life conversations with them. Rules do not replace values.  Rules may be a starting place, but teaching your kids the importance of sharing your Biblically based values is the only true guard for their heart.  Discuss the dangers of the Apps and make sure they understand the need to keep personal information private.


Protect Your Family Online - A How To Guide for Parents - http://www.covenanteyes.com/learn-to-protect-your-family-with-this-free-how-to-guide/?utm_campaign=porn-stats