Where Have All the Men Gone (Men, Avoiding the AWOL Life) 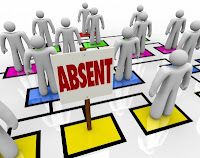 I want to offer a series of posts over the next week or so about the dangers of men living an AWOL life and how they may recover a sense of meaning and fulfillment in the Jesus' Great Commission as recorded in Matthew 28:18-20.  For sake of brevity I will need to chop them into smaller portions.  I hope you take the time to follow along.

The term AWOL is a military acronym that means Absent Without Leave.  It describes a soldier who has failed to report for duty.  A soldier who is AWOL stands in blatant disobedience to his orders.  By his absence he stands in rebellion against authority.
Whether out of intentionality or ignorance, more and more men are going AWOL in every venue of life.  One of the most common examples of men going AWOL expresses itself in the family.  Men are not only leaving marriage but they are failing to take responsibility as fathers.  Even if a man has not physically abandoned his family, many men spiritually and emotionally check out of their home.  There is a man in the house, but no man of the house.
A simple statistical search reveals that the AWOL issue for men has become epidemic.  Fewer men are working.  Fewer men are attending church.  In civic life in general, fewer men of integrity are taking responsibility to serve and to lead.  In the United States fewer men than women volunteer their time.  Each year fewer and fewer men are going to college.  From community to education, men are going AWOL.  Simply Google the phrase “Fewer men are _________” and you’ll see what I mean.
Where have all the men gone?
While some may simply account for this cultural disparity as the gains women have made in the same social venues, the danger here is exposed when we flip the question.  If men are doing less; what is it then that men are doing more?  Men are giving a ridiculous amount of time to video games.  More men are living single.  Men are becoming more violent.  Men are spending more time in prison.  More men are suffering from addiction.  More men are committing suicide.  Men are becoming more gender confused.
Men are in great danger.
So men are becoming more of a societal burden rather than societal builders.  Why?  What’s behind the change?  A purely secular argument of the reasons that may account for the fall of man could point a finger at a myriad of causes that would only engender more arguments.  Most of them are arguments that are warranted in the public square.  Here’s my take.  There is no longer a strong sense of gender, authority, meaning, or need for men.  Over the past thirty years the leadership responsibilities of men have been critically challenged and we now live in a society that is simply asking, “Who needs a man?”
I may not be an expert to offer the answers to what is happening in society at large, but I can sympathize with how men are feeling - wasted.  Yet, what we see happening in society at large is also influencing the behavior of men in the church.  To this, I can speak.  Of all men, Christian men have greater reasons not to go AWOL.
To be continued. . .
Email Post
Labels: Men Avoiding An AWOL Life