Mission My Town, From Rodney Calfee of the Upstream Collective 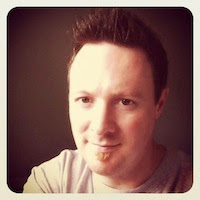 In writing a series of posts on how mission trips help us think missionaly in our hometown, I asked my friend Rodney Calfee to contribute.  Rodney is an amazing worship leader and one of the most progressive thinkers on connecting local churches to missions that I know.  Rodney works with an, the Upstream Collective, an organization committed to doing the very thing this series of posts is about - taking people on cross-cultural mission trips to help them be more missional at home.  I asked Rodney to share a few things he had learned along the way:


It was a short-term trip to Taipei, Taiwan that changed things for me. Those 10 days exposed me to truths about mission I had never considered. They also exposed me to truths about myself I had never considered. That particular trip literally helped me understand my own identity, which changed the way I think about why I am here (both literally “here” in Birmingham, AL and ethereally “here” - alive and walking around).

On my first major foray into overseas mission, I got lost in literally the worst part of town in a huge foreign city whose language I did not speak. I was with a group of 12 or so folks in the “red light” district of Taipei learning about some missionaries who were working within the brothels there. There were several huge street markets where we were and there were people everywhere. I was taking some video and one of the guys in the group pointed out a particularly cool shot to try to get on camera. It was a nice shot, so I went to get it. After filming for a couple of minutes, I turned around to begin to celebrate the awards we would certainly win for the masterful work we had just done, only to find a sea of Taiwanese people.

All my friends were gone. I remained there. Utterly alone. In a city of millions speaking a language I did not know. I couldn’t read a sign or say anything useful. For a moment, I was lost and scared out of my mind. I pulled myself together and wandered the area for about an hour or so looking for some sign, any sign, of my friends. I finally found a police officer who spoke broken English. He drug me into a shop and began talking with the shopkeepers who began searching the internet looking for my hotel. They hailed a cab, put me inside, said something in Mandarin to the driver, and off we went. Where? I had no clue. I was just along for the ride.

After a brief stop at the wrong hotel, a conversation with a kind concierge, and a shocking revelation that I should not have talked to the police in that area of town (I apparently found the one officer in that area that was taking the night off from being corrupt- I was told I should have found a gang member instead. Comforting...), I finally made it back to my hotel and my friends. But that night began a journey for me; one that has taught me what it means to be an outsider, and why that matters.

If I could narrow down a “top 3 things” I have learned through short-term mission that have effected the way I do mission locally, it would be these:

1. Culture is critical. There is no such thing as acultural. Many people have taught that the Gospel is simply some words we say; the same words in any culture. They believe that mission is simply translating those same words into a new language and speaking them to the people in a certain place. The problem is that people do not live in a cultural vacuum. People are products of the culture in which they live. Their worldview is shaped by that culture.

The Gospel certainly is an unchanging truth, unshaped by culture; but the way we speak about it must be shaped by the culture of the ones to whom it is spoken. Mission must be incarnational. It was necessary for Christ to come to us and become like us in order for us to relate to the gospel of the Kingdom. In the same way that He came, He has sent us out (John 20.21) to become like others so that we can live the character of His Kingdom in ways that they understand.

2. All mission is cross-cultural. If we believe that culture shapes the way we speak about and live the character of the Kingdom, then we must also believe that it effects every iteration of our efforts. When we follow Jesus, we give allegiance to a kingdom with its own culture, characteristics, and norms, all of which are in opposition to those of the kingdoms of this world. We become strangers and aliens - outsiders to the Kingdoms of this world (Heb 11.13, 1 Ptr 2.11). Our worldview is different. Our character is different. Our culture is different. Even in our own hometowns, in the places we grew up, and in the cultures we know so well, we are outsiders. You may be just like the people around you, culturally (wear the same clothes, have the same hobbies, employ the same crazy slang/accent); but if you follow Jesus and they do not, you are an outsider. You belong to a different culture; the one in which you currently reside is not your home. So for you to live on mission even in your hometown is a cross-cultural endeavor. You need to think like a cross-cultural missionary. You are one.

3. Mission is not something you do; it is who you are. It is an identity. Paul, speaking of our earthly bodies in 2 Cor 5, says that they are temporary. Just a tent. Our real home is not here. But we are here temporarily to persuade others; to reconcile them to God. He says that when we follow Jesus, the old things pass away, and we are made new. He then gives a name to the new creation that we become - ambassador (5.17-20). All who follow Jesus are ambassadors- representatives who live among a foreign people representing the character of God’s Kingdom here on earth.

Ambassador-ship is not something you do. It is something you are. Think of it- an ambassador doesn’t live in another country and work a 9-5 job. An ambassador lives the very best of the country (kingdom) that is home for him in full view of a foreign people. People who see American ambassadors in foreign countries see them as just that - Americans. That is their identity. Their mission in those countries is to represent America well as Americans. That is not a job, it is an identity.

All the same, neither is mission a job for us. Our mission is to be representatives of God’s Kingdom in whatever places He has sent us, whether in our hometowns or around the world. You are an ambassador- a missionary - right where you are.

Know that. You are a missionary.

Understand the unchanging Gospel and “bear witness” to the Light that has overcome the darkness. Understand the culture in which you have been placed and live the culture of the Kingdom in full view of the people there. That is who you are...

Rodney Calfee is a part of the Upstream Collective, a group of leaders and churches committed to thinking and acting like missionaries locally and globally. Learn more at theupstreamcollective.org. He lives as a missionary in Birmingham, AL with his wife and 3 daughters.
Email Post
Labels: Mission Life mission trips