When You Fast Get Specific

I have fasted before. On several occasions, I fasted for a short period of 24 or 36 hours. All I got was hungry. One time I fasted meat for 30 days. I gained 10 pounds. Last year I practiced intermittent fasting for six months. I lost 10 pounds. I've fasted things like computers or social media. I got bored. Moses fasted for 40 days as he readied himself to receive the commandments from God (Deuteronomy 9).  Ezra fasted and prayed that God would protect the people as they journeyed back to Jerusalem (Ezra 8:21-23). Esther called for 3 days of fasting before she approached the king and revealed Hamaan's plot (Esther 4:16) Daniel used fasting at pivotal moments and to surrender himself as a testimony of the power of God (Daniel 1 and 10). After his baptism, before he started his public ministry, Jesus went into the wilderness and fasted for 40 days (Luke 4). The early church practiced fasting as they sent people out to spread the gospel and as they chose leaders for the church (A
Post a Comment
Read more

Spiritually Out of Sync 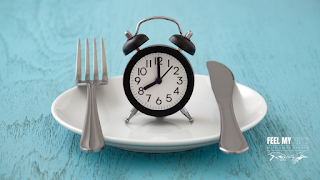